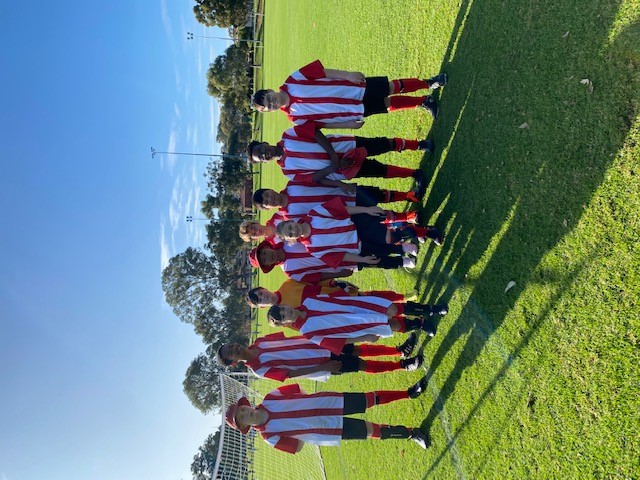 Our intrepid Spearwood Primary Soccer team braved the elements to play against four other schools at the district Lightning Carnival on Friday the 24th June. Their newly learned soccer skills were evident from the start and there is no doubt our best players were the year six boys. Peter, Hepa and Joshua stole the show on numerous occasions, using their fancy footwork in an attempt to control the game. Jeremiah stayed in the goals all day and gave it his best shot. The year 4 and 5 boys and girl tried their hardest to assist whenever they could.   Unfortunately, our very young team could not practise the game skills they required to make a bigger impact on the competition.  Our final game was against an even less skilled team who were very despondent about being constantly beaten all day.  Our team were very excited winning goals so easily until it occurred to them how badly the other team must have been feeling.  They unanimously decided to help the opposition feel better about themselves by fluffing around and letting them score against us. Although we won the game convincingly, both teams scored goals and had fun.  The opposition team PE specialist sent an Email to our school, thanking us for our effort and commented on the positive ‘Sportsmanship’ displayed by Spearwood Primary School.    Congratulations to our intrepid soccer team!

On 24th June, a team of senior students competed in the Netball component of the Winter Lightning Carnival.  They were Runners-Up in the C Division, losing only one game during the day.  I am very proud of the Sportsmanship they displayed by agreeing to play a team that had technically forfeited due to their late arrival.

Everyone had a great day playing and supporting each other.